Attack on Titan THE ATTRACTION 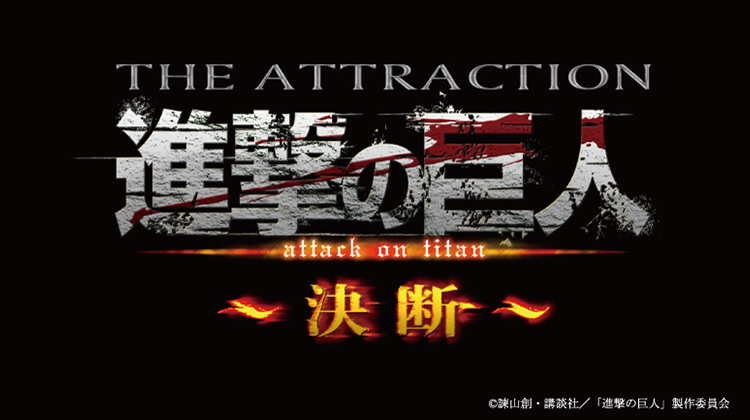 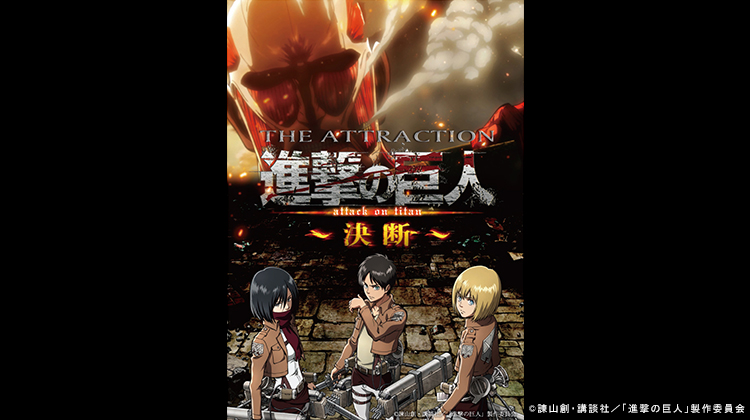 A walk-through attraction where the world of "Attack on Titan" can be experienced!

A walk-through attraction where the world of "Attack on Titan" can be experienced!

An overwhelming immersive feeling using sound, lighting, and special effects gimmicks as if you totally entered the world of “Attack on Titan”!

In addition, the multi-story that changes the stage depending on the “choices” of the guests can be enjoyed many times.

Story
Five years after the fall of the “Shiganshina District”.
At that time, the Corps that lost its great name and strength needed many soldiers.

This is the “Trost District” Training Corps enrollment exam center “a.k.a.: Joypolis”
It is a facility built in a corner of an unused prison.
The Corps recruited volunteers from residents conducting admission examinations every day.

When some volunteers (Guests) are taking the admission examination at the facility, they hear that the wall of the Trost District has been destroyed by a Colossal Titan that appeared suddenly.
Many giants have breached the Wall.
The exam is interrupted and the Titans appear while the recruits are heading out of the facility to escape, being forced to make various choices.

Will it be possible to return without being slaughtered by the Titans?